The success of your project depends largely on its design. If you don’t want to lose customers, choose the designer wisely. How? Read this article to learn.

Here I put together my vast experience of designer selection for projects of different complexity. From a package of banners or a landing page, to an interface of a No-code platform without a technical specification. This material will be useful for those who choose the designer for the project for the first time. And for those who have been disappointed with the quality of the design they’ve received.

Understand, who exactly you need

Designers, just like programmers, are all different. Just as a C++ programmer won’t create a CMS in Python, a landing page designer won’t make a useable CRM prototype.

· UI designer: creates a design based on the prototype, technical specification, CJM and other information. Customers often entrust UI designers with the complex product development, which is a big trap.

· A designer often has a specialisation. I have a colleague who creates only online stores. He improved himself in this so much that the conversion is high in any subject he works with, almost without a preliminary analysis. However, making a graphic design of a simple presentation will take him a lot of time and effort.

To sum up, if you need a simple landing page, a UI designer with a technical specification will be usually enough for it. If you need a CRM prototype or a startup design from scratch — look for a scrupulous analyst, UX engineer with experience in developing similar solutions.

I’ve seen many “Jack-of-all-trades” designers. And even if they are good at their job, their mental health is often unstable.

Take a close look at the designer’s portfolio:

Here are some recommendations. They sometimes don’t work separately. But taken together they will help you to evaluate the designer.

Are the works similar?

I’ve seen portfolios with 3–5–7 identical online stores, different only in color. You won’t make anything new with such designer.

Are there works in similar direction to yours?

If you’re planning to make an online store, don’t assign it to a designer with 10 banners, 3 landing pages and one service website. And don’t believe anyone who tells you ”I’ll figure it out on the go“. Online stores imply a lot of specifics which must first be understood and lived through and then applied.

Beginners often choose either inappropriate, unreadable fonts or simply use something standard like Arial in all layouts. Both are reasons to refuse.

Are there any works created for large companies?

If a designer has experience of working with, say, one of the major banks, then at least they are stress-resistant. If these works are good, it means they’re also cunning. Because they made it despite the multitude of stakeholders and constantly changing requirements. After all, several large companies can’t all be wrong.

If there is a multitude of elements and colors, so that you can’t understand where to look — don’t choose this designer. It’s the same with space: a single text line in the center and a picture somewhere in the corner can be a reason to say “no”.

If there are more than 3–4 colors in the project or if they fight for your attention — it usually means a bad taste. Also check whether the CTA elements, like buttons “Buy Now”, “Order Now”, “Contact Us”, are in a separate, contrasting color. If your project is for a wide audience, remember, that people see colors in different ways. Some people can’t distinguish them correctly. An experienced designer pays attention to it.

I use more criteria to choose a designer, but this was a shortlist to start with. To understand it deeper, learn the basic rules of UI/UX design. And then use this knowledge to rate the works of the designers.

Let’s say, you’ve liked the quality of the works and now you want to understand how fast your Front-End Developer will cope with the project. You can ask the designer for access to the Figma / PSD of any previous large project. If they refuse, this may be a red flag.

A finished design includes taking care of the developer. It means to adhere to the layout grid and to all adequate requirements. An unfinished (from the technical point of view) design can increase the development time by several weeks.

Designer’s support of the work results is equally important. Business requirements may change during the implementation of the project. And if the old layouts are a mess, it will be more complicated to make corrections.

Ask for recommendations from the previous customers

Well, if you need banners or a profile picture for a social network — you can skip this step. But if you are making a website or an enterprise solution for thousands of dollars — ask for the feedback and contacts of the previous customers. It’s usually not a problem for an experienced designer charging $20–50 per hour.

I’ve sometimes faced performer’s displeasure when they were asked about the recommendations. After talking to their customers I understood that working with this person would lead to lots of emotions and misunderstandings.

Even if something goes wrong, a professional designer will try to find an approach to any client and leave a positive impression. If a designer is led by emotions or even provokes them — you will not solve business problems. Avoid toxic people, although there are quite a few of them among freelancers.

P.S. If the designer has no feedback on the website where you’ve found them, ask where they have it. If nowhere — it’s a red flag. And remember that feedbacks don’t equal recommendations given to you directly by the previous customers.

Yes, UI designer creates images. They are not 100% responsible for the whole final website. But the request “to show finished websites” seems reasonable to me after many years of working as a designer.

If the designer made high-quality layouts, a proper technical specification for the developer and did some basic testing on different devices, the website will look good. Therefore, links in their portfolio mean that they care about the final result.

Offer a contract or a secure deal

When a customer offers me cooperation, the first thing I ask is what kind of contract we will conclude. A responsible designer always has a framework brief, a contract, which they are ready to send on request.

What if a designer refuses safe deal — “decisions are always made in favor of the customer”? And considers the contract as a meaningless paperwork. It often predicts problems with them.

Safe deal is often a good solution, but you have to rely on the site moderation. I usually conclude my own contract, which specifies the number of concepts, iterations, edits and other features. And I strongly recommend doing the same.

· How attentive is the designer? For instance, you ask 2 questions in one message and they answer only to one. And it repeats more than once. Think about the number of your upcoming edits and requests to make them.

· Are they afraid to ask questions, saying that everything is clear and acting as if they know everything? The more complex the project, the more questions I ask the customer. Just to make sure I understood it correctly. Misunderstood technical significance can lead to remaking half of the project.

· Did the designer ask to fill out the brief and to give them the details of the project? Working without brief and other documents is a red flag.

· How competently do they communicate? Disrespectful communication with a bunch of slang isn’t a good sign.

In my experience, there are much more non-professional and weird designers in the price category “$3–25 per hour” than in the category “$25–60 per hour”.

In the first case, your $3500 project will take 3 months, and in the second, it will be ready in 2 weeks for the same money. Therefore, trying to save money will often cost you a long search, a greater likelihood of potential problems, a huge list of edits, and increased timelines.

And finally, the obvious: respect the agreements and don’t ask the designer dozens of questions that are far from design. Analyze their profile and portfolio, have 30-minutes Zoom-call with them and then decide whether to work or not.

The criteria for hiring a full-time designer are different, but you can make 1–3 projects with a designer, and then consider them as a permanent employee.

I would be glad to hear about your experience in choosing a designer for a project! 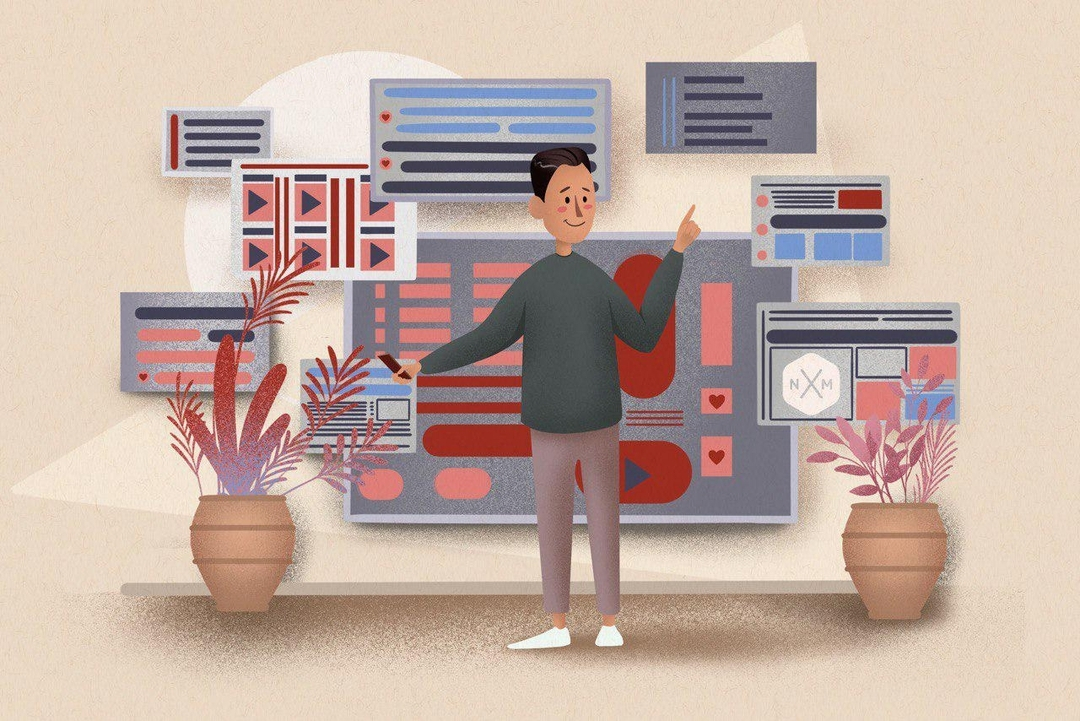